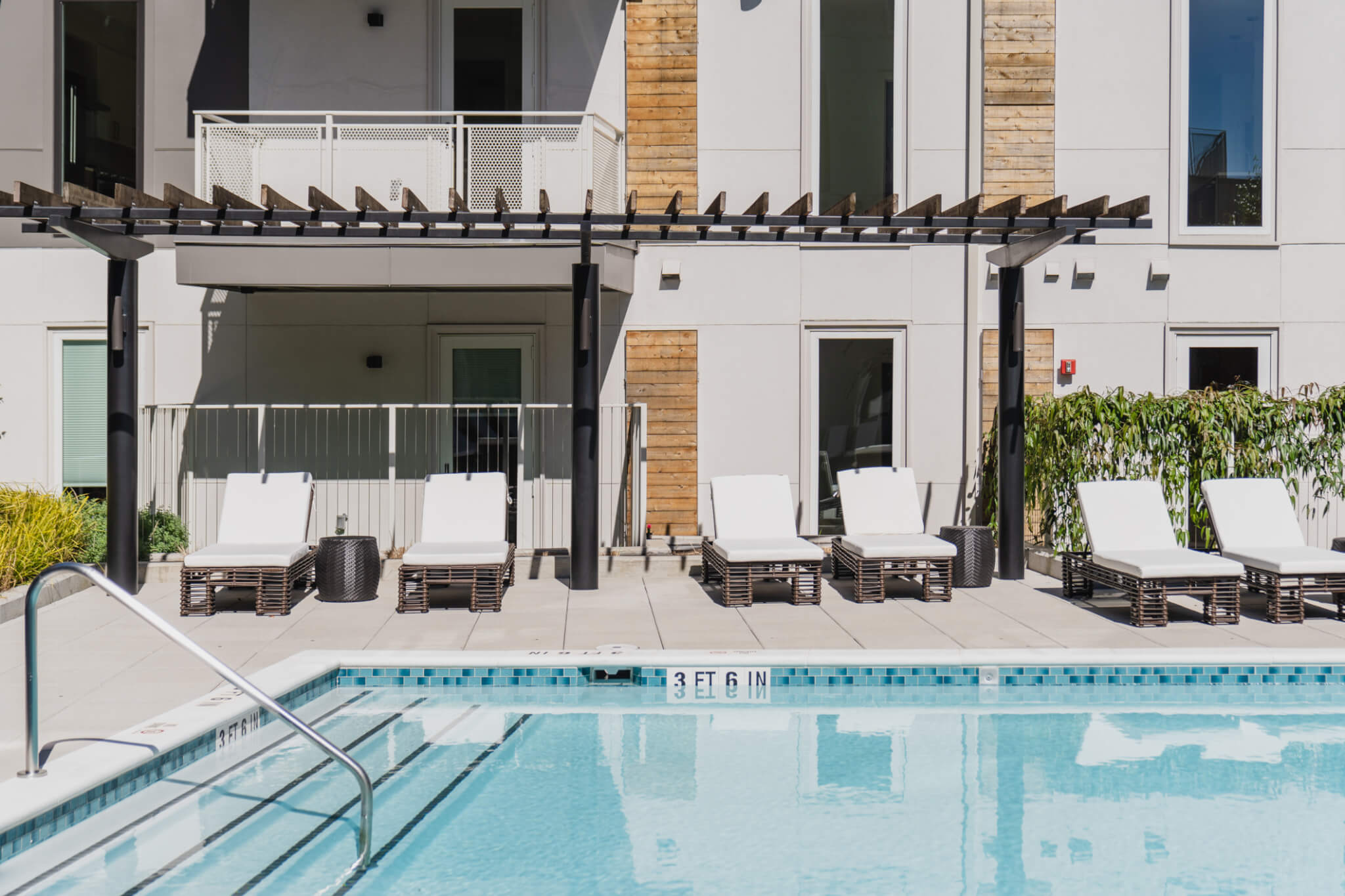 A thoughtful exhibit opening now at the High Museum is titled, “Shelter in Place.” Based on the new perspective of home that people gained over the past two years, “Shelter in Place” immediately separates its title from the alarming connotations it might have taken on as a response to safety and health precautions. Instead, artist Stephen Burks was prompted by the pandemic to ask questions of how the home can be more deeply cultivated as a place of comfort – and at the same time become a preferred locale for creation and productivity.

Design is the answer – or at least the key to the answer. The connection between the design of our built environments and our human responses, including thoughts, feelings, and ultimately actions, is well settled in history and increasingly supported by neuroscience. The relationship is two-way, an ongoing dialogue that can lift a person up, or conversely can be a subtle tax on our energies and outlook.

Among the luxury condos in Atlanta, GA, there is a clear example of the upside available from this relationship between our truest selves and the places we call home.

Even in the greatest cities – and perhaps especially in the greatest cities – livability depends to some degree on access to nature. Examples of heroic efforts to provide this connection for the condos in Midtown Atlanta are as big as Piedmont Park or as small as a pocket park such as Hardy Ivy Park, arising somewhat unexpectedly on Peachtree Street NW.

The difference between home in 2019 and home ever since is that most of us experienced a sudden, total immersion course in the meaning of home. Rather than a hub for launching workdays and activities that mainly took place somewhere else, home became a total environment, the place where we worked and schooled and played and dined – and sought our rest to restore us for doing it again. It’s a lot to ask.

In response, home sales surged as people drew a clearer definition of what they want from home and resolved not to postpone achieving it. Some predicted a surge to the suburbs, but mature data do not bear that out. In fact, the same counties that were growing since 2010 are growing now.

Rather than a migration, what occurred instead was a refinement, a more specific aim in what we want our homes to be, to provide, and to sustain.

Considering the new perspective of home – the “Shelter in Place” exhibit at the High calls it a new relationship – is it any wonder that the ideal answer for so many thoughtful Atlantans is found in the fresh, open, considerate yet distinctive design of J5. Let’s talk more specifically about matching these fresh opportunities to your new vision and new priorities for home. Just call us at 470-589-5055 or find out more at ownj5.com.

GET IN TOUCH
we’d love to connect

© 2022 All rights reserved. Marketing and sales by Engel & Völkers. Each brokerage independently owned and operated. All information provided is deemed reliable but is not guaranteed and should be independently verified. Engel & Völkers and its independent License Partners are Equal Opportunity Employers and fully support the principles of the Fair Housing Act.

We use cookies to enhance your user experience, Read More OK

This website uses cookies to improve your experience while you navigate through the website. Out of these, the cookies that are categorized as necessary are stored on your browser as they are essential for the working of basic functionalities of the website. We also use third-party cookies that help us analyze and understand how you use this website. These cookies will be stored in your browser only with your consent. You also have the option to opt-out of these cookies. But opting out of some of these cookies may affect your browsing experience.
Necessary Always Enabled
Necessary cookies are absolutely essential for the website to function properly. This category only includes cookies that ensures basic functionalities and security features of the website. These cookies do not store any personal information.
Non-necessary
Any cookies that may not be particularly necessary for the website to function and is used specifically to collect user personal data via analytics, ads, other embedded contents are termed as non-necessary cookies. It is mandatory to procure user consent prior to running these cookies on your website.
SAVE & ACCEPT